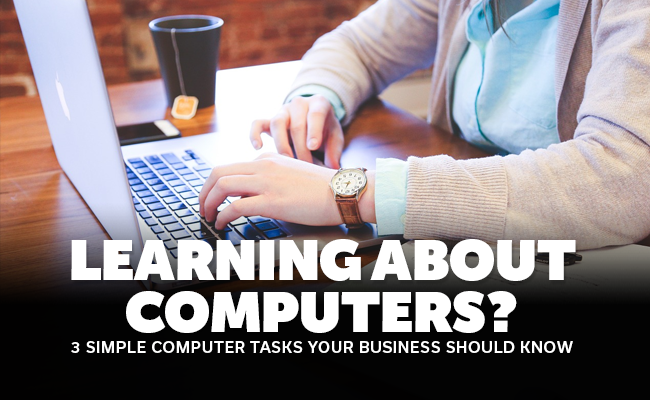 We may live in a digital society, but computer skills are far from a given. Only 5% of Americans can be described as "complete computer literate," with the vast majority of us lacking even basic know-how.

Like it or not, the digital revolution is here to stay and computers are only going to become increasingly important in our daily lives. You don't need to be a master programmer to stay computer literate - everything you need to know about computers can be distilled into a few core essentials.

After that, the rest comes easily. If you're still learning about computers like the majority of Americans, here are the 3 simple computer tasks you need to know.

1. Protect Yourself From Viruses and Data Breaches

The digital world is, unfortunately, not a safe place. Of all of the basic things to know about computers, the fact that threats lie everywhere is the most important.

Related Post: 10 ways to overcome your fear of technology

Over the past six months alone, over 12 million people fell victim to a computer virus or targeted malware attack, the results of which, in some cases, proved devastating. Protect yourself, your data, and your business by learning how to properly defend against viruses.

One of the first things to do on a computer is downloading some reputable antivirus software. Never click on suspicious links or open attachments you weren't expecting. Basically, just get street-smart about computers and learn how to spot ransomware.

Shortcuts represent everything to know about computers. They will save you countless hours and ensure you learn how to use your computer safely and seamlessly.

A standard Windows operating system contains about 35 keyboard shortcuts, and you should learn every single one of them as a bare minimum (you can also create your own to make your life easier).

There are a few important ones you should learn first that will speed up your computer efficiency tenfold. There's Ctrl+F, which will help you locate a word on a document, webpage, or email.

There's Ctrl+C to copy something and, of course, Ctrl+V to paste. There's Ctrl+T to open a new tab and Ctrl+K to insert a hyperlink. You get the drift. 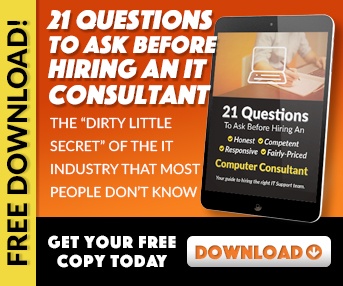 So much of modern computer usage revolves around the sharing of information. This is arguably the most important function of computers and the primary reason why they have become so central to how we work.

One of the most important things to know about computers is that they are built to share data on. It's up to you to learn how to do it properly. Get to grips with the cloud and learn how to instantly drop and share data with anyone in the world.

Learn about secure, encrypted file sharing, which can be done instantly on any computer operating system. Get to grips with software such as Dropbox and Google Docs, which have revolutionized information sharing.

Given the fast array of functions in a modern PC, learning about computers can seem like a Herculean task. However, it all starts with the fundamentals. Once you've got to grips with the basics and want to kick things up a not, don't hesitate to get in touch with the experts today, who will show you everything you need to see.