The average web user will only wait two seconds for a website to load.

That means that most people may not ever see your gorgeous, high-end design. So how can you combat ever-shortening attention spans?

By leveraging one of the strangest, most surreal web design trends yet: Brutalism.

Keep reading for everything you need to know about brutalism in web design.

Have you ever come across a website with a design so strange or off-putting, you had to do a double take?

Believe it or not, that's very much by design in some cases.

It's all about one thing and one thing only: Function.

Brutalist web design isn't about looking good, but about giving users solid browsing experiences. Which is perhaps the strangest thing about brutalism in web design, as the brutalist design is intentionally bizarre or chaotic.

While sites may look downright awful, they still work as well as (or sometimes better than) a website with a more elegant design. In a sense, it's both modern and archaic. 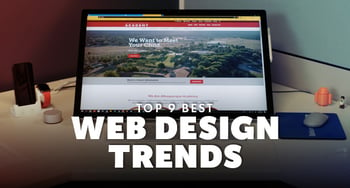 Brutalist design can be a little hard to understand. To get a better glimpse of why it's such a big trend, let's go back and examine its origins.

Its inspiration comes from architecture.

Brutalism first rose to popularity in the mid-1950s as a response to increasingly extravagant skyscrapers and exterior decorations.

Following World War II, Charles-Édouard Jeanneret, better known in the architectural world as Lé Corbusier, set his sights on finding a way to maximize a building's efficiency without any of the ornamental fuss.

His idea involved showcasing raw material, specifically concrete and steel. By showcasing the material and sacrificing aesthetic, Lé Corbusier believed, he could create something new, exciting, and economical.

Why Use Brutalism in Web Design? 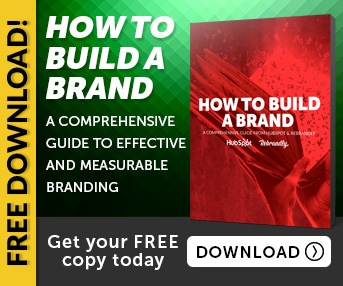 If you're unsure as to why someone would use such a crude aesthetic in the world of web design...well, you're not alone. Though brutalism is quite the trend, it's a bit of an odd one at that.

Why would anyone intentionally visit a terrible looking website?

There is some method to the madness, as it turns out.

For one thing, brutalist design hearkens back to a simpler time in web design. There's a strange sense of nostalgia for the web design of yesteryear.

Many brutalist sites, like the website for the 1996 film "Space Jam", resemble the websites of the 1990s.

But, again, it all comes down to efficiency. Since brutalist sites don't have to worry about elaborate visuals, they tend to load faster. In a strange way, making your site look "worse" may actually be great for your SEO.

Final Thoughts on Brutalism and Its Place in Web Design

Brutalism isn't the most intuitive trend, to say the least. In fact, it's downright confusing in many ways.

However, there are some great ideas behind using brutalism in web design. If you can find a way to make your website faster and get your users where they need to be in fewer clicks,  brutalism might just do the trick.

Are you thinking of updating your website? Be sure to contact us today and let us help.

Whether you're looking for something sleek and modern or want to take advantage of the brutalist trend, we're here to bring your vision to life.