Storing data in the cloud is not only cost efficient and simple, but something that many businesses are doing regardless of their size and structure. Dropbox and Microsoft's OneDrive are two cloud data storage providers with excellent options, not just for individuals, but businesses of all kind, from small business to large enterprises.

Dropbox VS OneDrive - Watch the Explanation

While each have their merits, the differences between them can be important when it comes to making the decision for your business.

There are several things to consider when looking into picking either Dropbox or OneDrive for your business. The first and arguably most important feature is the storage. The way the two services handle storage is a bit different. Dropbox for business involves paying a monthly rate for unlimited space (several options regarding this exist), while OneDrive for business is a much less costly monthly price for 1 terabyte (1000 gigabytes) of space, with an additional fee for more storage. As such, a consideration must be made for how much space is to be used in the drive. 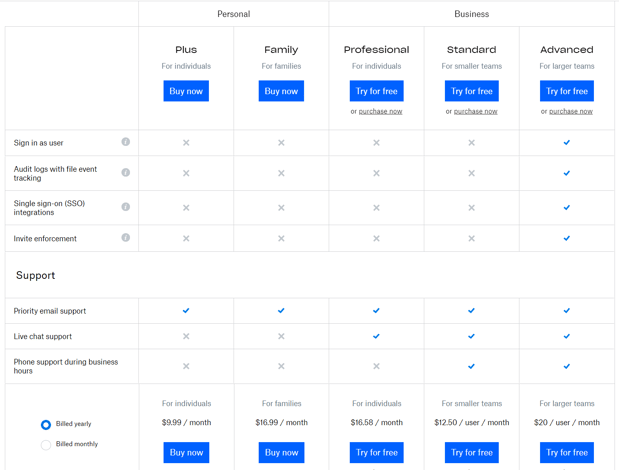 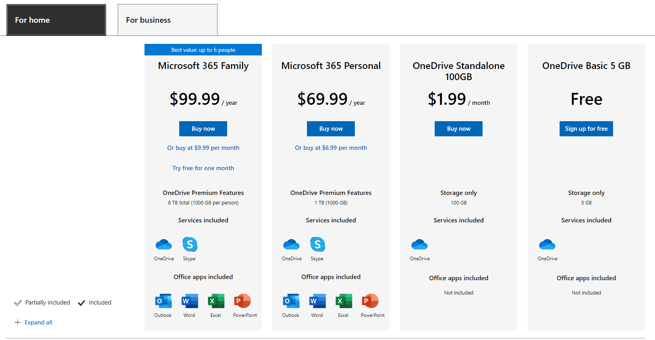 However, when it comes to things such as OS integration, there are factors to consider as well. As OneDrive is a Microsoft product, it is seamlessly integrated with the Microsoft Windows operating system, making it easy to store data from a Windows computer to the cloud. While OneDrive does have integration for Mac, iOS, and Android. Dropbox has similar integrations that, while not as seamless, more widely usable, as uploads can be done additionally on Linux.

Data Backup: What Exactly Is It and Why Is It Important? 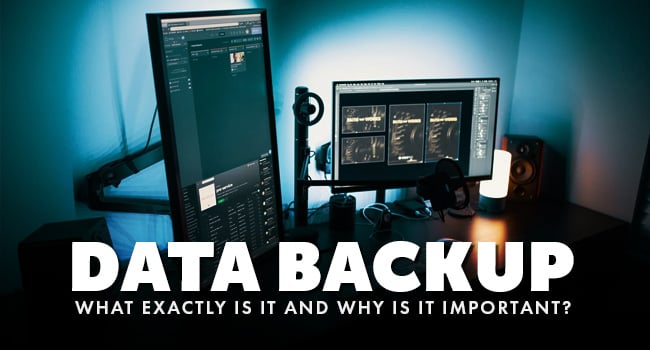 Both platforms offer adding a folder to your existing system where you can drag and drop files and folders into that automatically synch to the cloud. After the files and folders sync (which happens almost instantly) they are available anywhere there is an internet access.

All-in-all, this is really where Dropbox shines. There are many more app integrations for Dropbox vs OneDrive. While OneDrive does have app integrations, Dropbox has all but become the standard cloud storage default while using mobile apps.

In terms of security, Dropbox has had some security scares, including a hack in 2012. As of yet, no such intrusion has been reported from Microsoft's OneDrive. Both OneDrive and Dropbox utilize encryption (a process of scrambling the data to make it almost impossible to see ) to protect your data. There are, however, some distinctions to be made. Both services encrypt your data while it is in transit from your computer to the cloud. It is also used once it is on the cloud, and sitting on the servers that either Microsoft or Dropbox own. OneDrive, however, uses a slightly different technique for securing data on their servers.

While Dropbox uses one "key" for all the data in one account, effectively one large lockbox, OneDrive places each individual file in its own lockbox, each with its own "key", making it harder for any potential attacker to unlock all of your data at once, especially if they are searching for something in particular.

Both services also offer two factor authentication. This creates another layer of security on your account and files. It is much more difficult to get access to your account with this enabled.

Both services have distinct differences that set them apart, and considerations must be made as to which is the best solution for your company. OneDrive may be best for a company that uses Windows computers and expects to start small and grow larger, while Dropbox may be best for a company with varied systems, and a need for a great amount of space from the start of their cloud storage.

If your business is a subscriber to Office 365, you already have OneDrive. Contact your IT professional to learn how to start using it in your workflow.